I used to walk home from work alongside the railway-track. I lived in Groningen, where I had wasted some valuable time at university. I worked with my sister at Punch clothing store; we sold Replay, Diesel, Liberto, El Charro, Jean Paul Gaultier, Soap Studio, Waterland Affairs. The best fashion brands available, back in the day. I always had a soft spot for motorcycles, but I never thought of buying one. Until the day I walked home from work.

There she was: a very sweet looking little bike. A Suzuki GT250. I loved the petrol-green colour and the way it stood. I was a simple bike. It was what a bike should be. And it was for sale! I didn’t have a driving license, but I had to buy it. A license would come later. I bought it for 850 gulden, the currency back then.

The bike barely ran. Now what!  I had to find a wrench-monkee. A Punch-colleague had a boyfriend. We got on well. He grew up on the countryside of Friesland, where they haggle with engines from the day they get off the diaper. I cannot remember what came first; the friendship or the motorcycle, but in any case, the motorcycle forged our bond.

My mother had given me an old book that belonged to my granddad, who was a gear-head himself. It was called Mechanical Thinking and Working. It was written in 1922. Nothing really changed in the combustion-engine technology in the twentieth century. So I had gotten an understanding of the basics of an engine. But I still needed some hands on, on the GT250.

My then-fiancee lived in a fraternity house. They had a shed out in the backyard, filled with old bicycles. Wytze and I cleaned out the shed and made it our first place dedicated to wrenching motorcycles. Many would follow; from living rooms to cellars to attics, to Rumble Speed Shop, the latest and best equipped.

Wytze was, and ís the hands-on man. We tooled in our shed. We drank too many beers, fantasizing about trips to Cape Something in the south-west of Portugal. We got the bike working, for some time. It was fun, it was a fun bike. We didn’t get to Cape Something in Portugal, but we did make it to Rumble.

And the GT250 is still in our midst, slightly modified. Look here for the Rumble GT!

Talking about a bike with history… 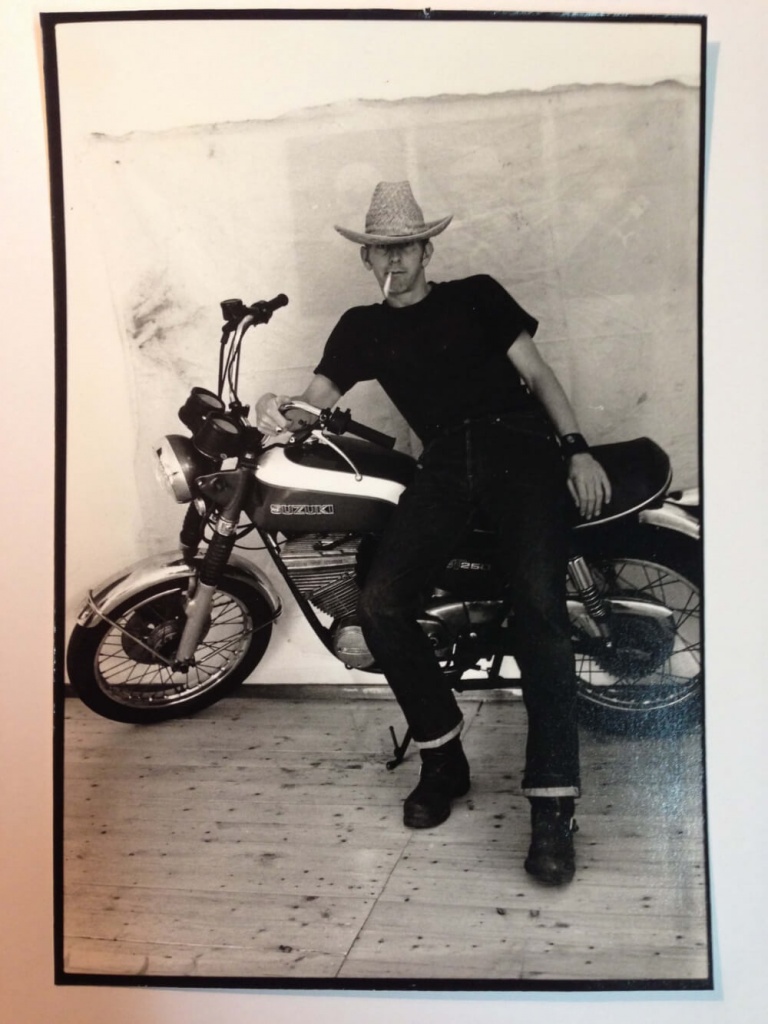