It was never an appealing idea to me to go across the channel. For what? For a holiday in the rain? Or to go to a place where there is still ‘class’ distinction? Where stiff upper lip rules and these whiny 80-ies bands ruled? Never had the urge. Okay, some exceptions were there; Punk, and then some. But boy, how wrong was I.

The first sign of my misconception came at Flanders Chopperbash. Also a wonderful gathering of chopper-heads, that sadly saw the last edition.
We set up our little Rumble-trading-stall, parked the Rumble chopper in front and opened for business. Immediately some British blokes came in and saw our collection of Mexican Biker Rings. Bam! Tattoos creeping out everywhere, out of cuffs and collars, on their hands, necks, and faces. Covered all over, probably inside their outfits too. Facial hair here and there, looking pretty intimidating. ‘Damn, it won’t come off’, he said. I started breaking a sweat. This guy is going to walk off with our ring. ‘I think I will leave it there’ I felt my vision narrow, I was in flight-fight modus. Out came a wad of cash, and the considerable sum of money was paid. His friend said ‘I want to pay half as a present’. My ‘flight-fight modus’ was rapidly replaced by an entirely different one. I felt instant love. These folks are nice! After some other encounters with UK girls and geezers – one guy couldn’t walk for five years after a motorcycle accident, now he rode happily in on his new chopper from across the channel – Iwan and I decided to take the leap. To the UK.

We traveled by boat. Parked our van in the huge cavernous belly. In front was a beautifully chopped HD. You could see the guy was a UK habitual. He moved his rearview mirror to the other side. A sign of things to come, like left-side driving. The first time you see upcoming traffic on the wrong side you think you’re going to die! We crawled along the dark roads. No! No! Keep left! And what roads! Narrow, beautiful, crossing villages, with local ’Inns’, where time stood still, overgrow with trees, foliage, like tunnels of leaves, going up and down, the long and winding roads.

At the festival-site, we met our neighbours, two great guys with a van full of incredible bikes and parts for sale. “Put the cattle on’! We were immediately introduced to the English custom of ‘high-volume-drinking’. Tall beers at that time of day.
We met Andy, the loudmouthed, tattooed to-the-neck-and-then-some, intimidating fellow, with a HUGE heart, so it appeared. He was, together with Anna and their daughters, organising the event.
Inside a tent were great custom bikes on display. Some people were hanging out. The first record that was played was You Can’t Hide of David Joseph, not a tune that you would expect. It was an introduction to one of the best Music / DJ experiences of my entire life. Those British folks know their music. Hot-damn! I spend the entire Friday night on the dance floor. After the pints took effect I crawled inside our tent. The next day I spend sitting on my chopper, being hungover, looking at Iwan charming the hell out of the customers.
The camp fields were packed with people from all over Europe. All brought their best wheels; vans, El Camino’s, crazy drag cars, rare Falcon Sprints, Volkswagens and lot’s of custom choppers of all makes. In that sense it was some kind of heaven, but also, the decency of this people is something else. Everything stays clean, everybody is polite. Being respectful is important over there. Some Dutch folks can learn a bit.

Sunday morning a lot of people packed their gear and left. Those who stayed were treated to a wonderful speech by Andy. All of us sat in the grass listening. We were silent. A great choice of words in that charming English. We were happy. And how wrong was I. These were the nicest people in the most beautiful countryside. The UK is a very good place to be. And we will be back! 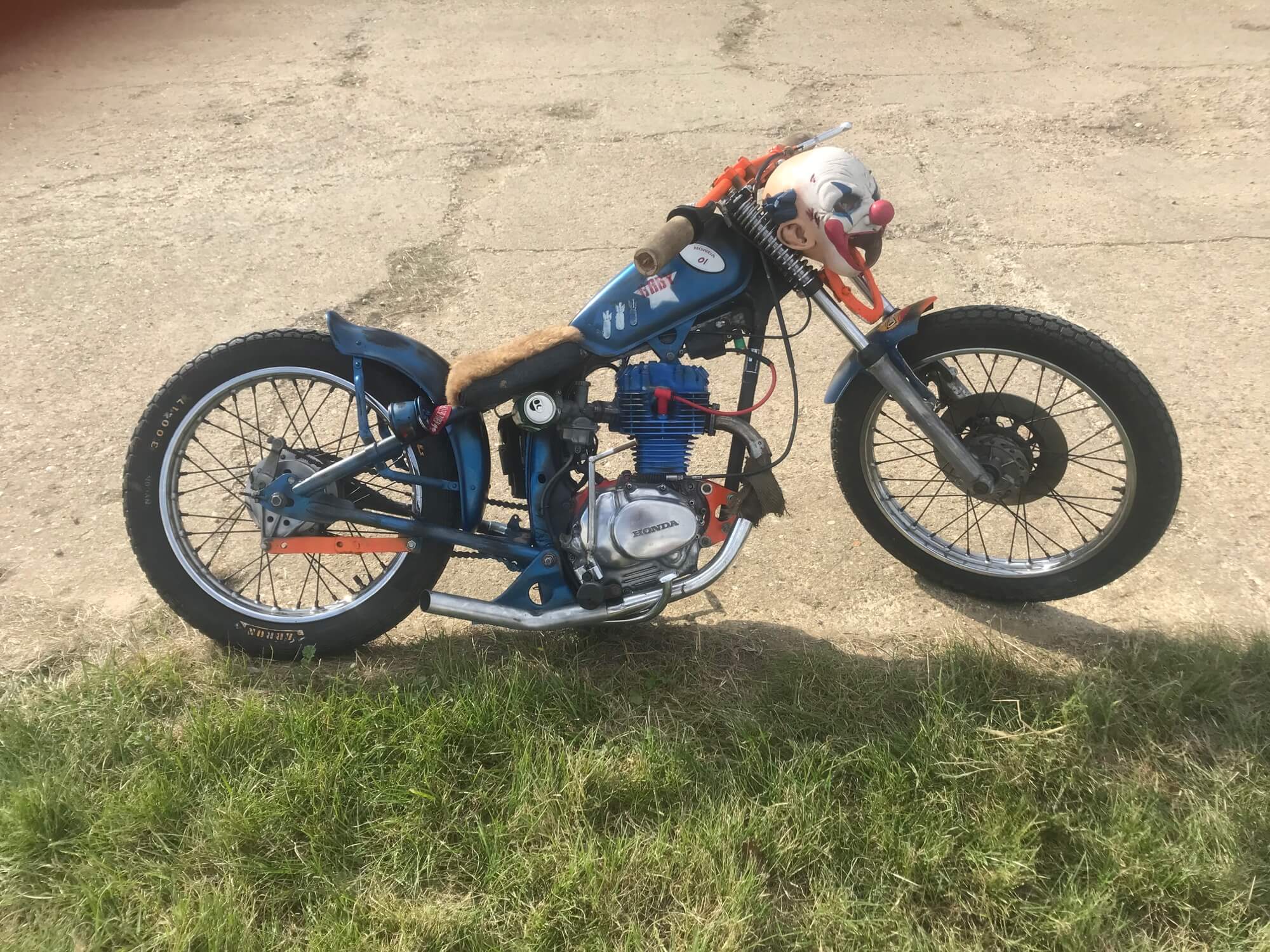 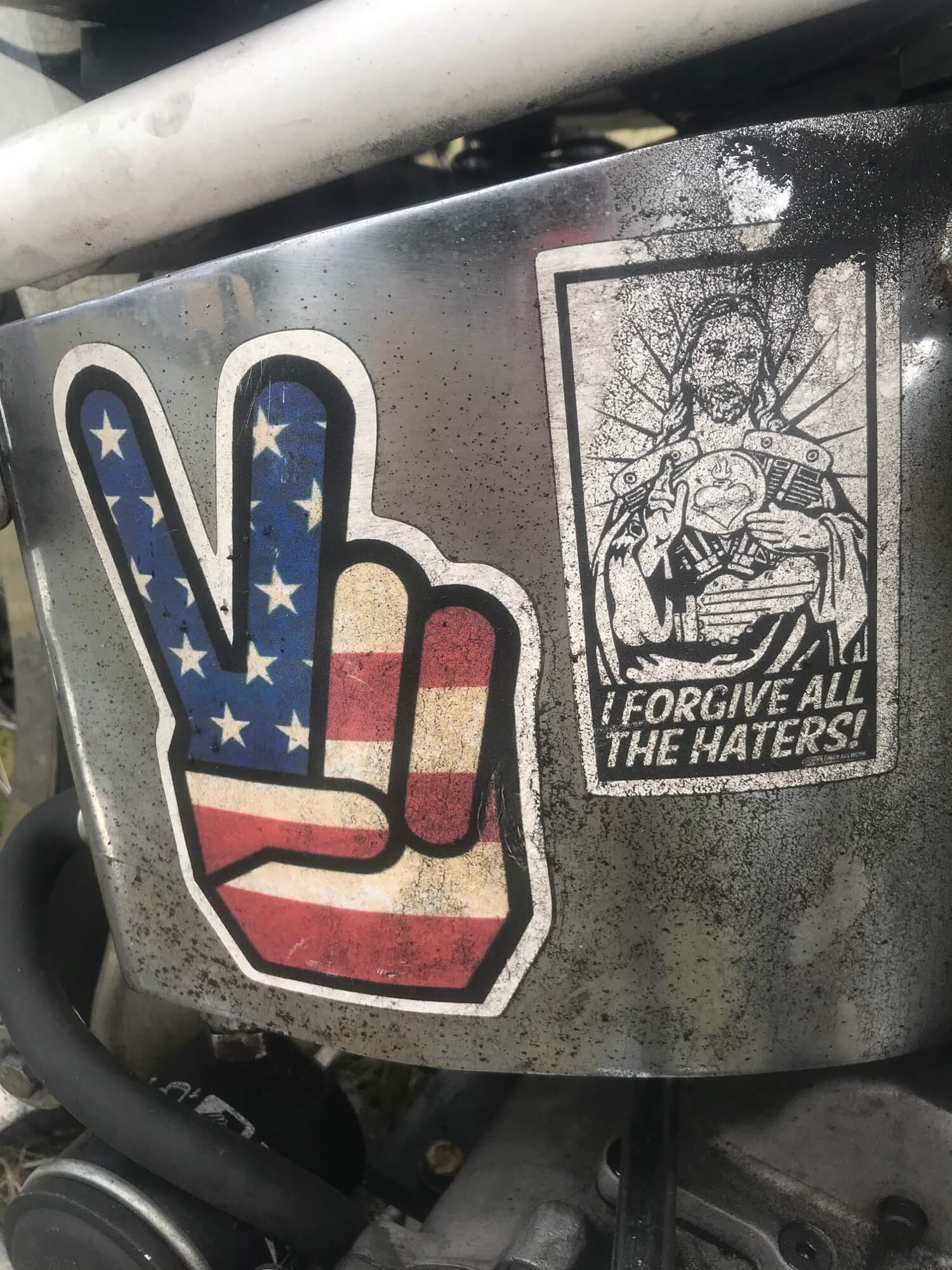 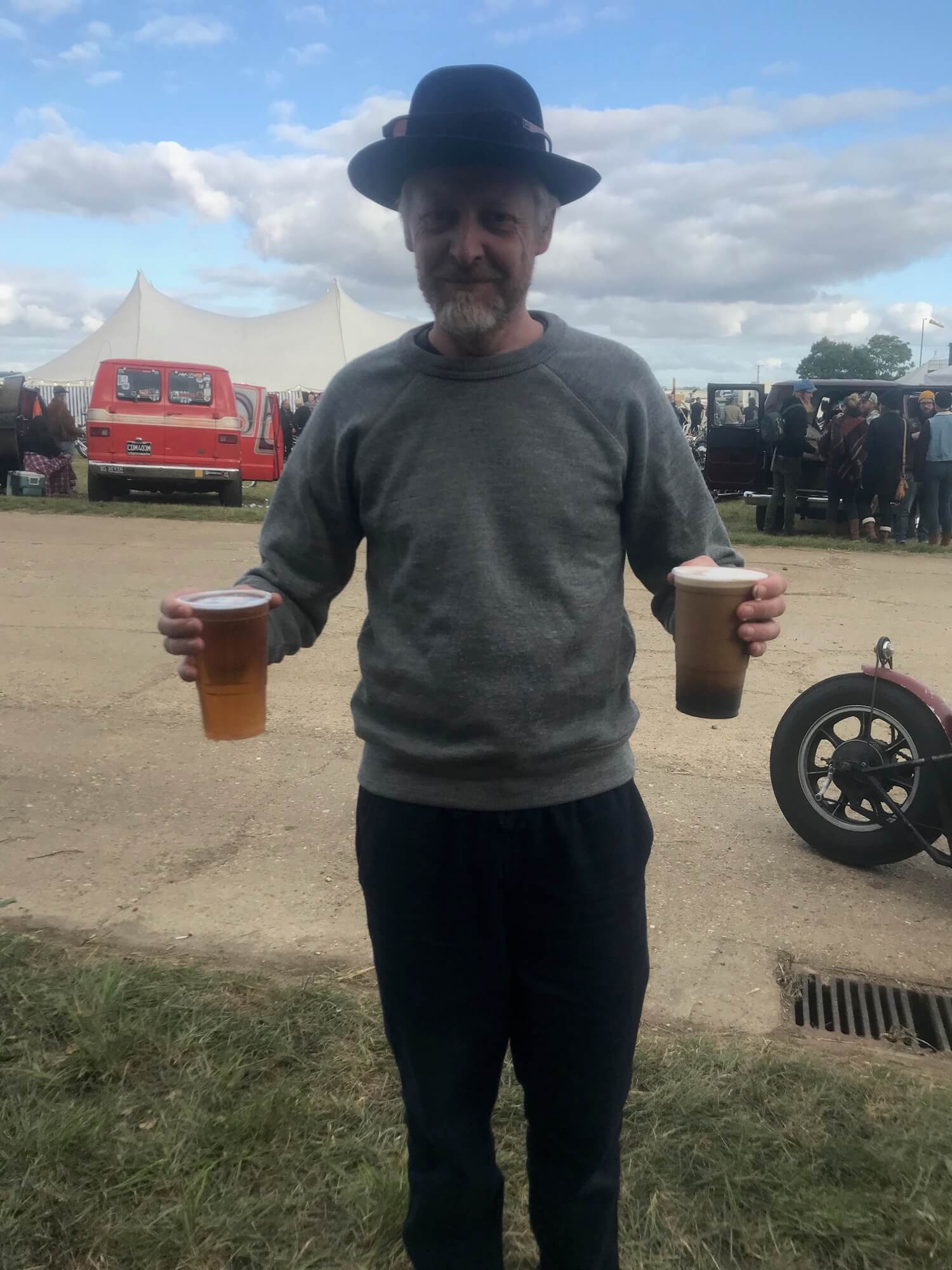 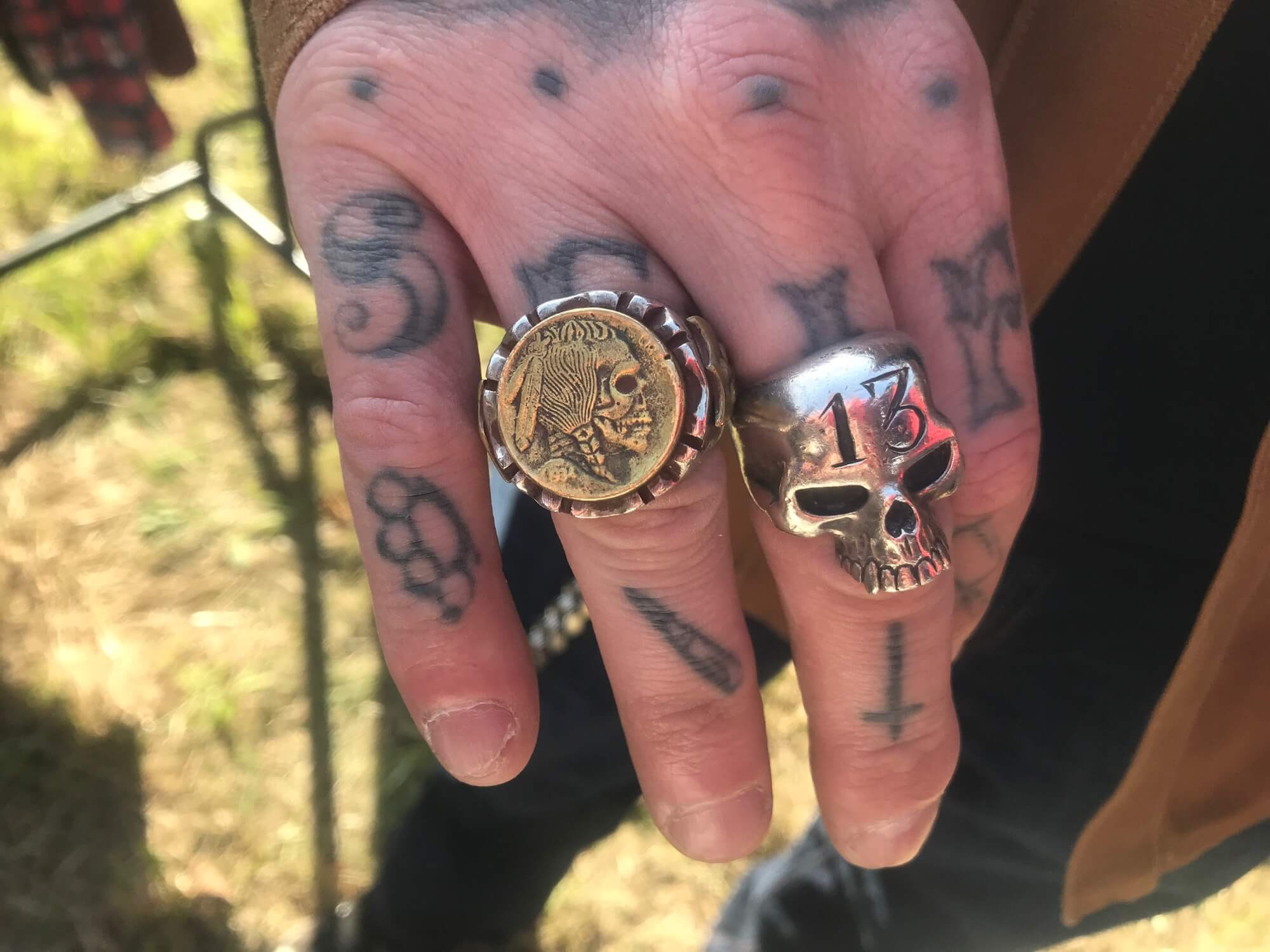 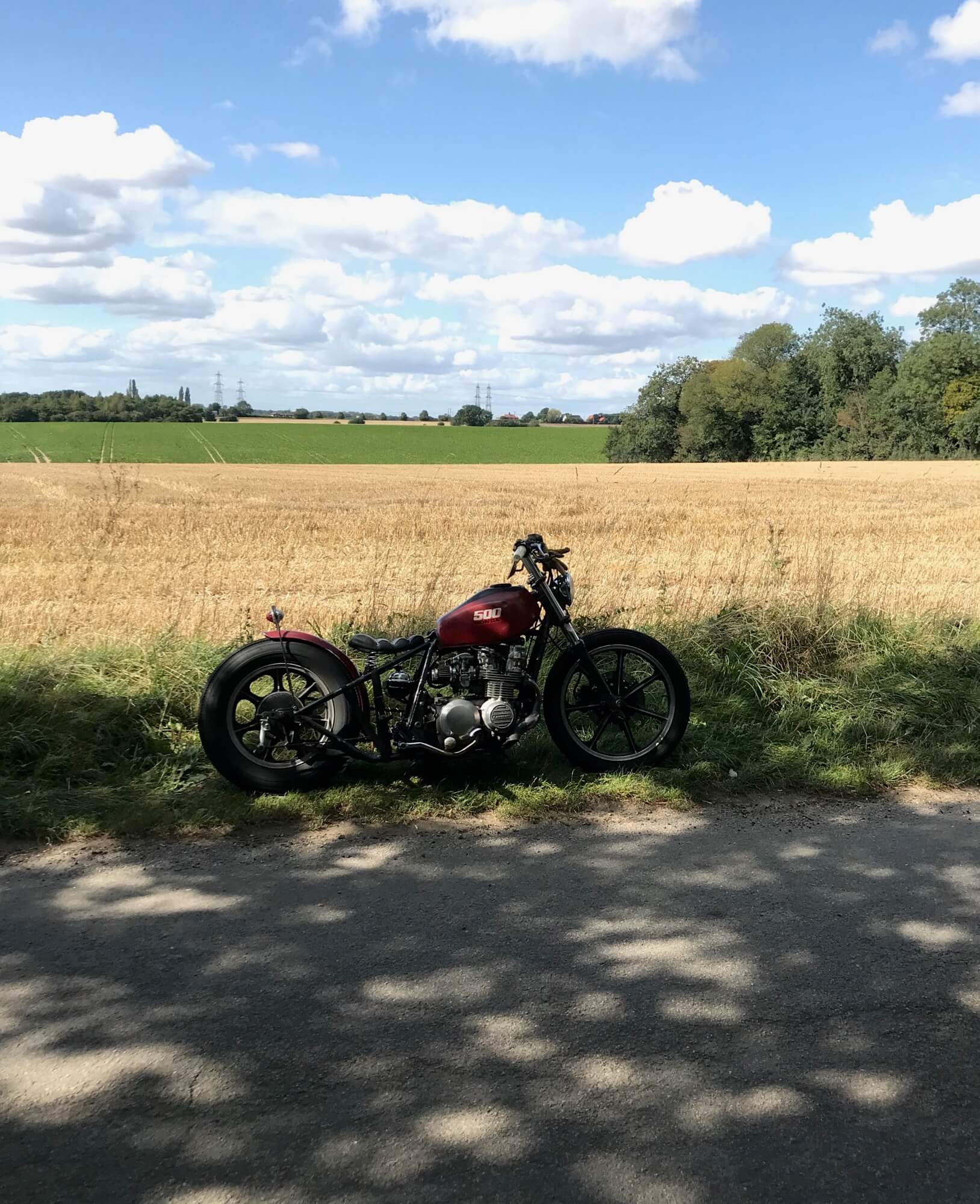 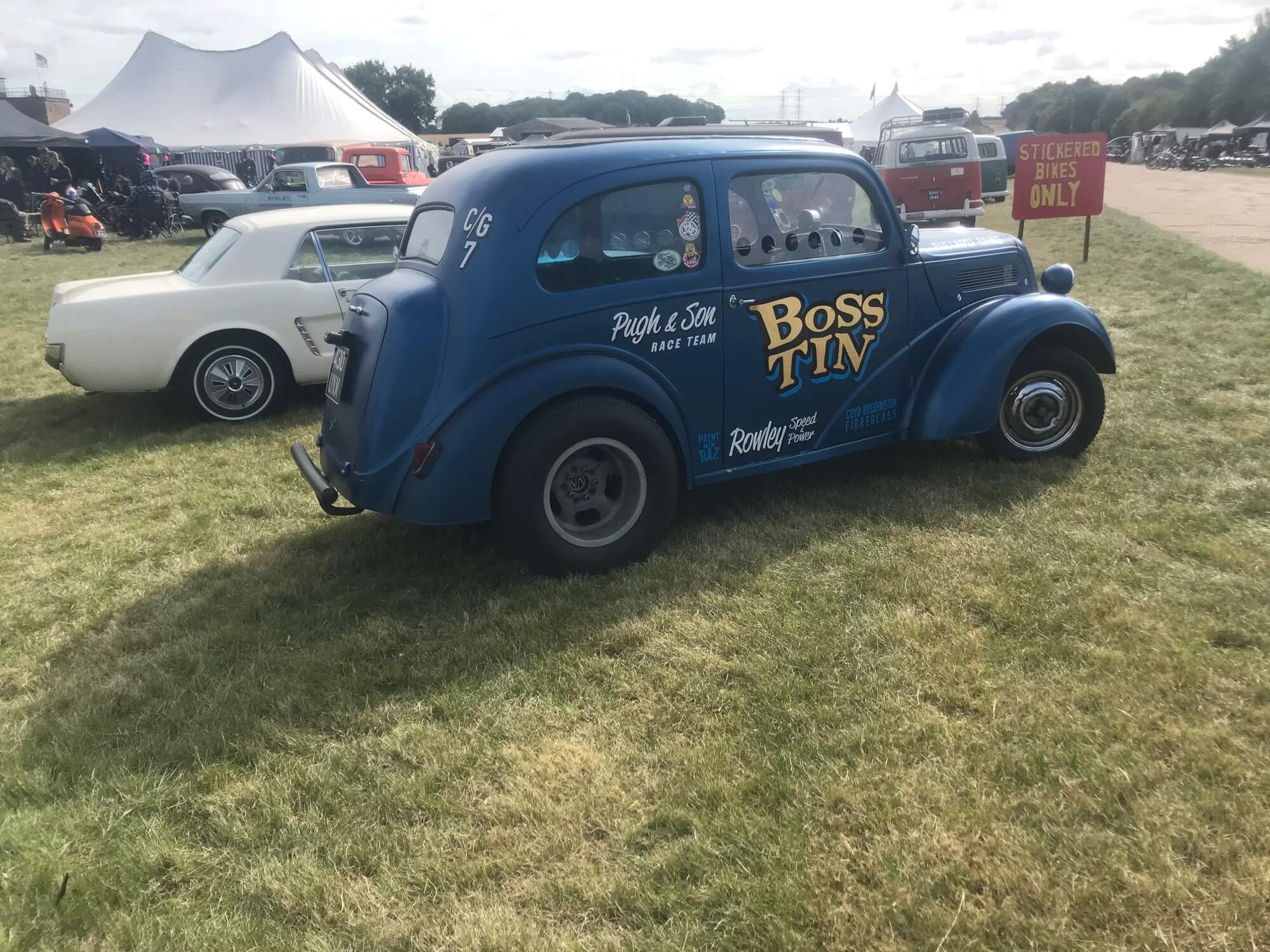 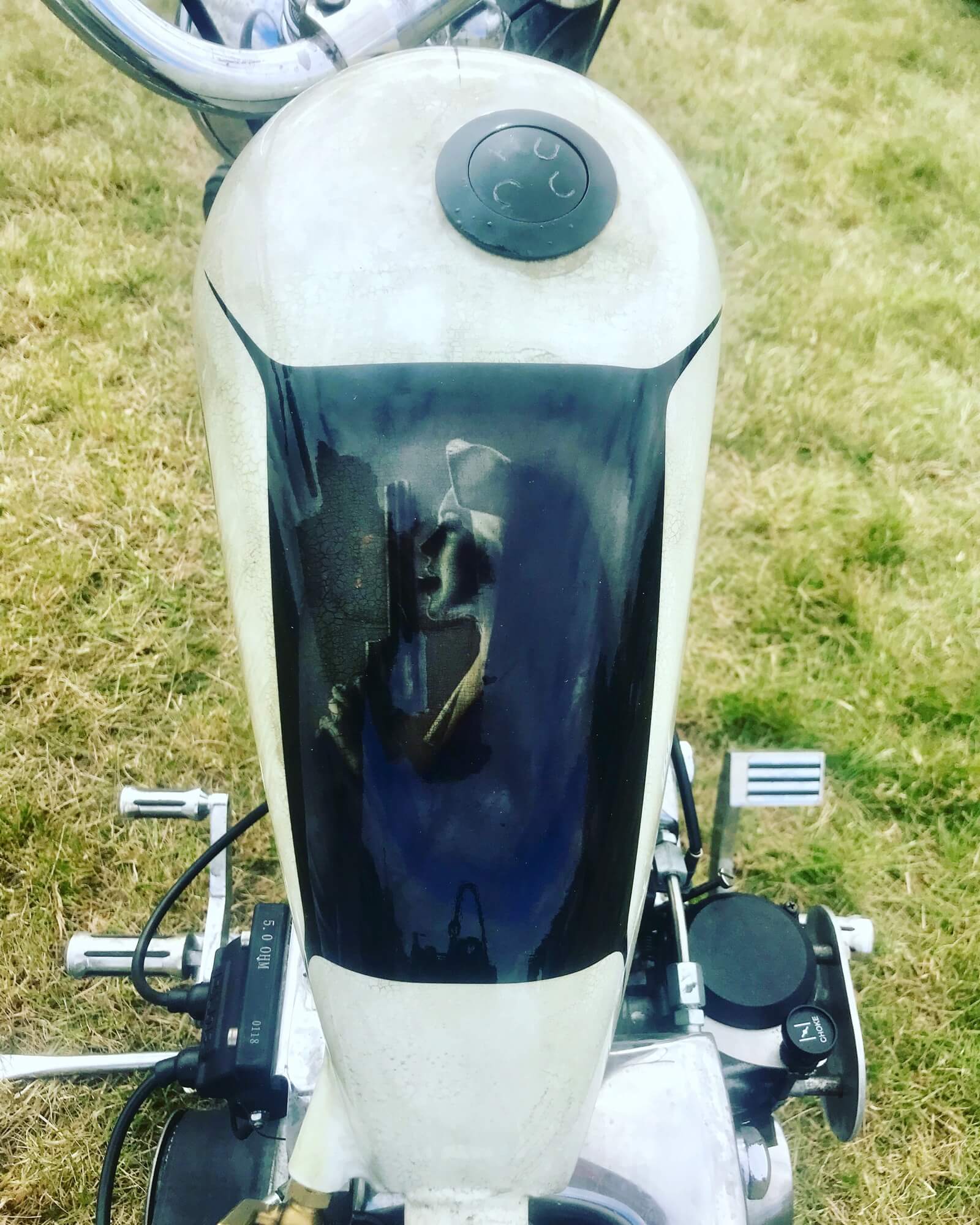 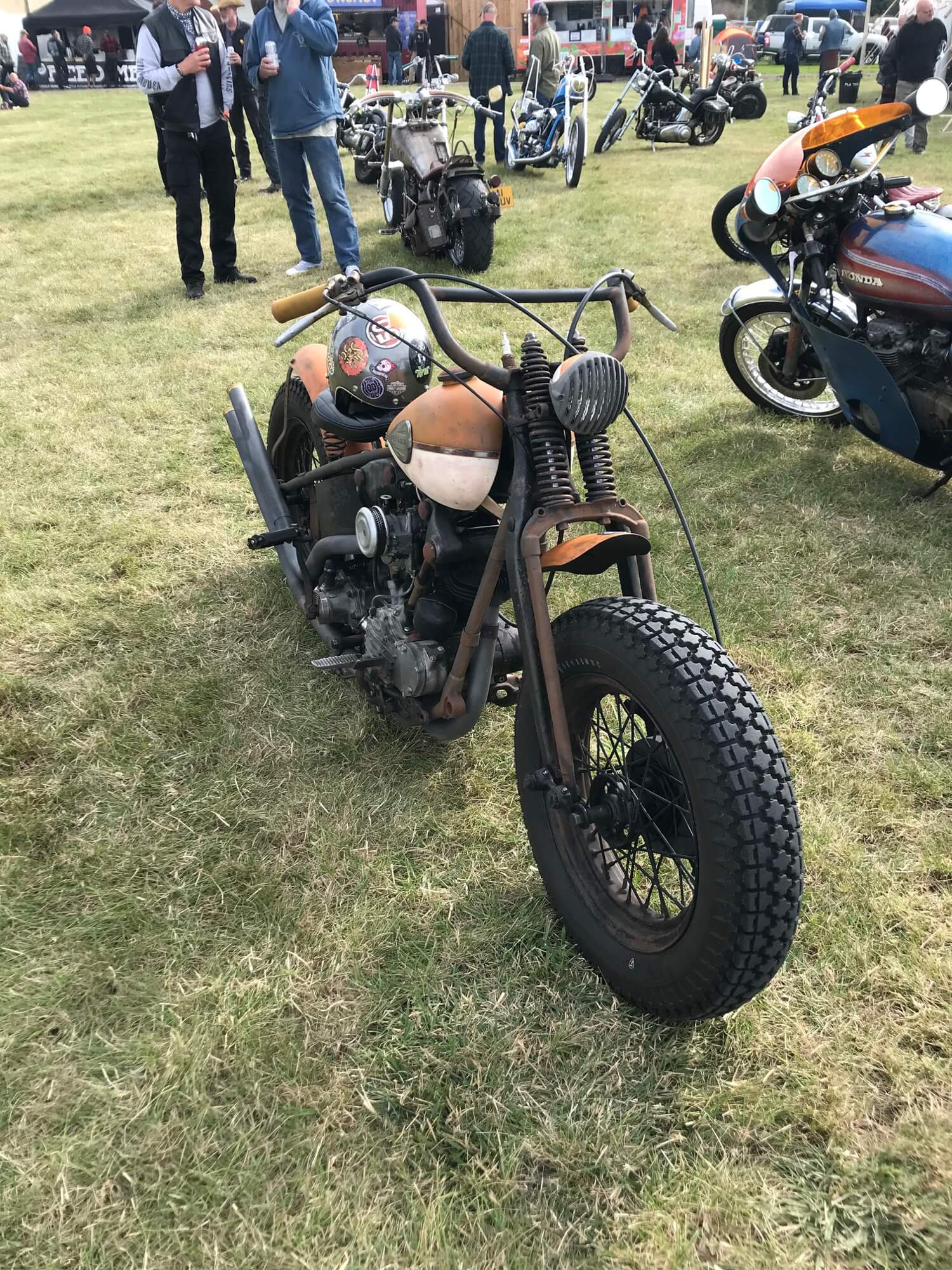