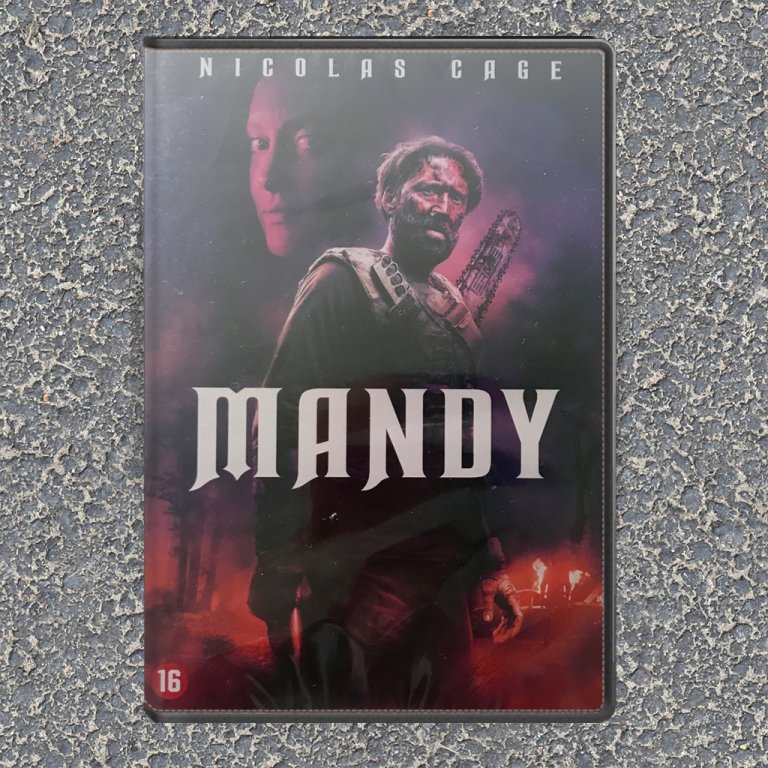 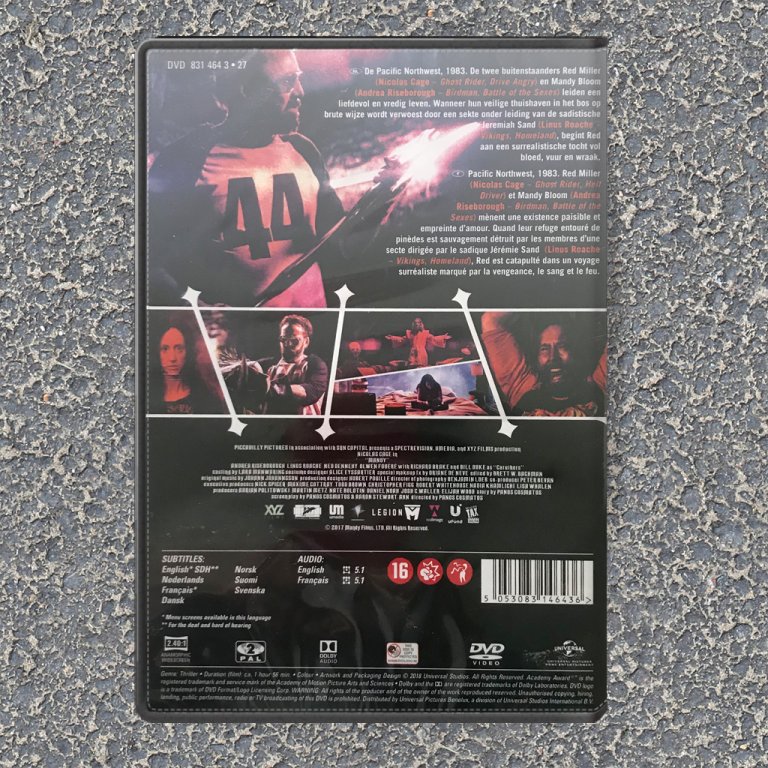 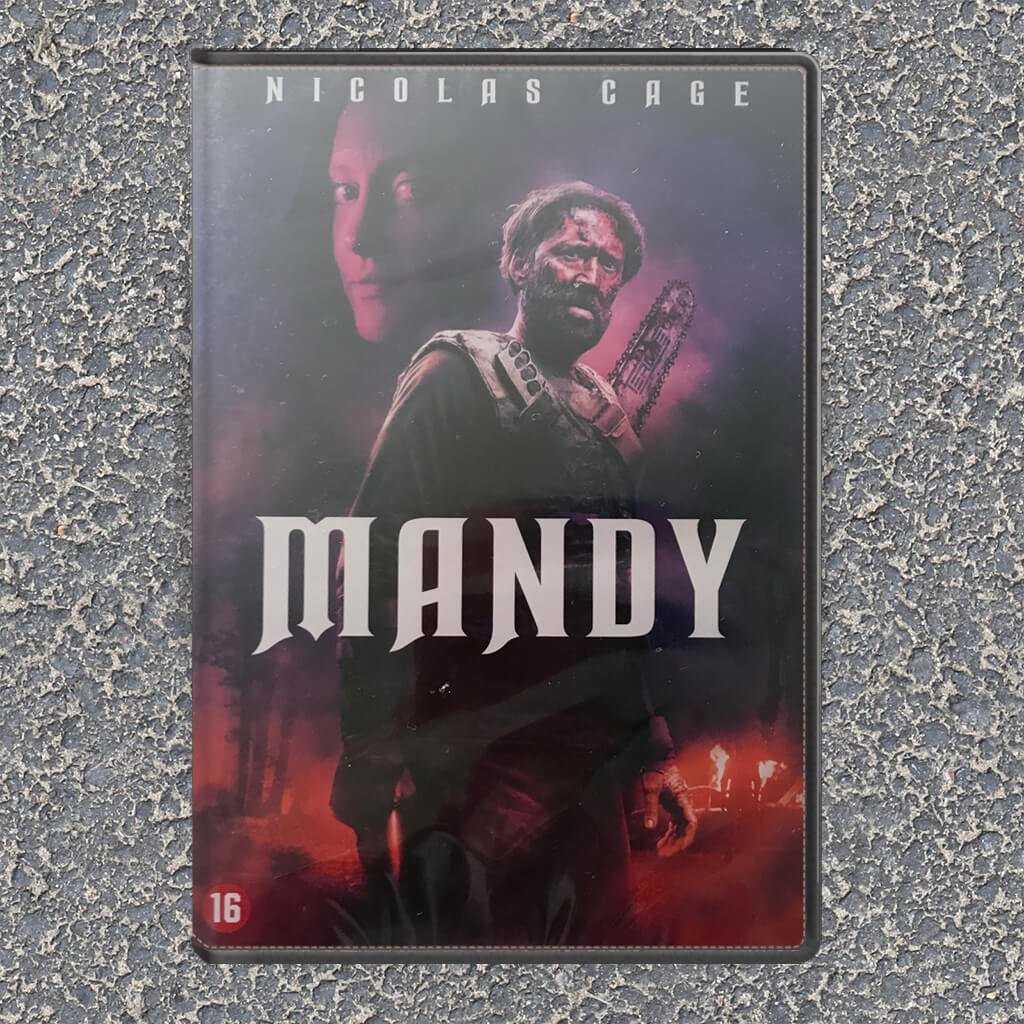 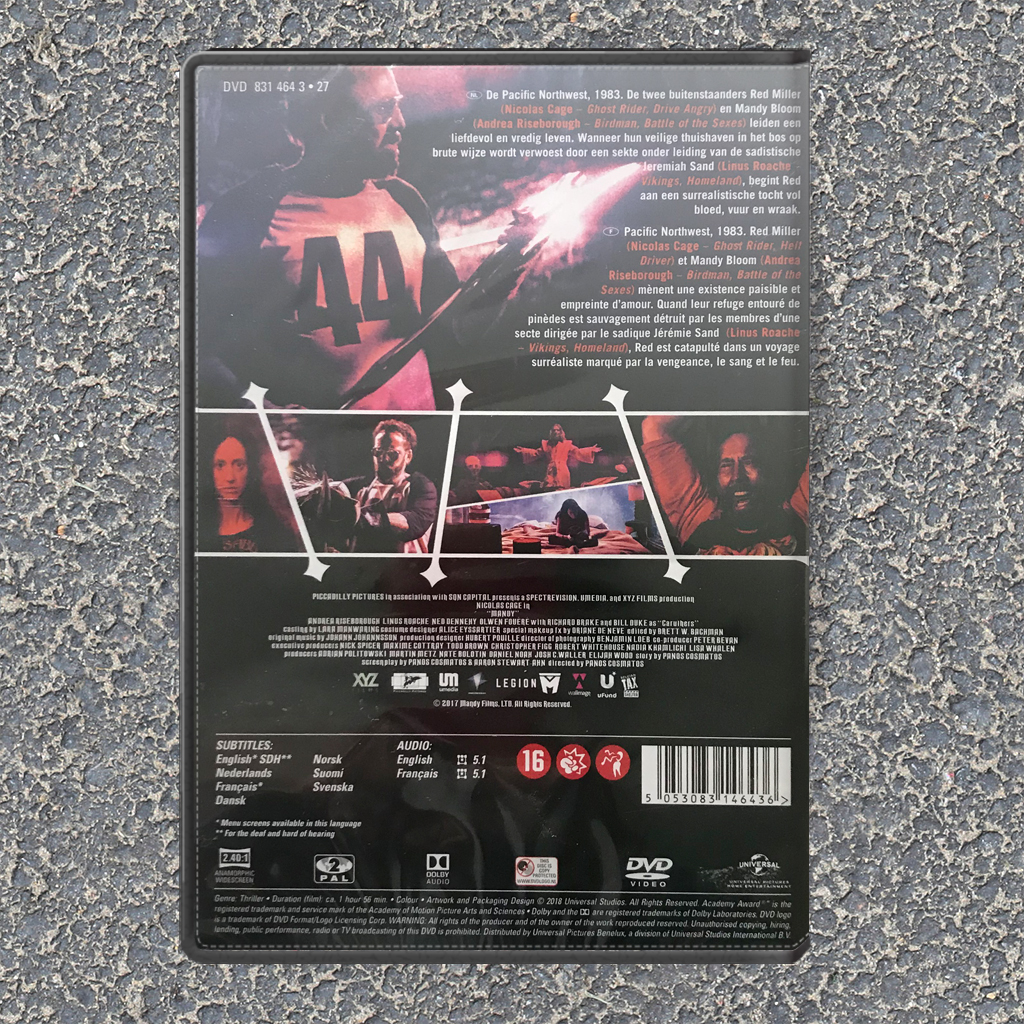 Only 1 left in stock

Serious Cult Classic!
You’ve got to own this!
Do not let this be a computer file!

I was blown away by this film. It reminded me of a film I saw at the Cannes Film Festival some time ago. It was called Beyond The Black Rainbow. We were thinking of distributing this film, but sadly at that time, the DVD benefits were already too far down to take the chance. We knew the cinemas weren’t going to show it. It was too specific for mainstream or even arthouse audiences. (It will be available in Rumble Speed Shop soon) And there it was: Direction by Panos Cosmatos, the creative genius director, also of Mandy.

What makes Mandy so good? The storyline isn’t that interesting. It’s just a revenge-movie. The adage, it’s not the story that makes a film good but the way it’s told, is very opportune here. And in Mandy, this is very sophisticated. The camera angles, the use of color, the blurring, out of focus moments, the whole imagery, the soundtrack by Johan Johansson, the acting skills of Nicolas and all the others, the styling, of all actors, the forging of the big ax, the biker gang, the acid-cooker, the caged tiger, I can go on and on about it. It doesn’t skip a beat. It never hits a wrong note.

The film took 11 years to come into being. Cosmatos isn’t interested in a big body of work, or a big wad of cash, just good work. And that’s exactly what the world should do.
Though he notes the Turkeys Star Wars rip off as one of his influences.

Please Note: It is region 2 DVD, and thus needs a region 2 or multi-region DVD player.