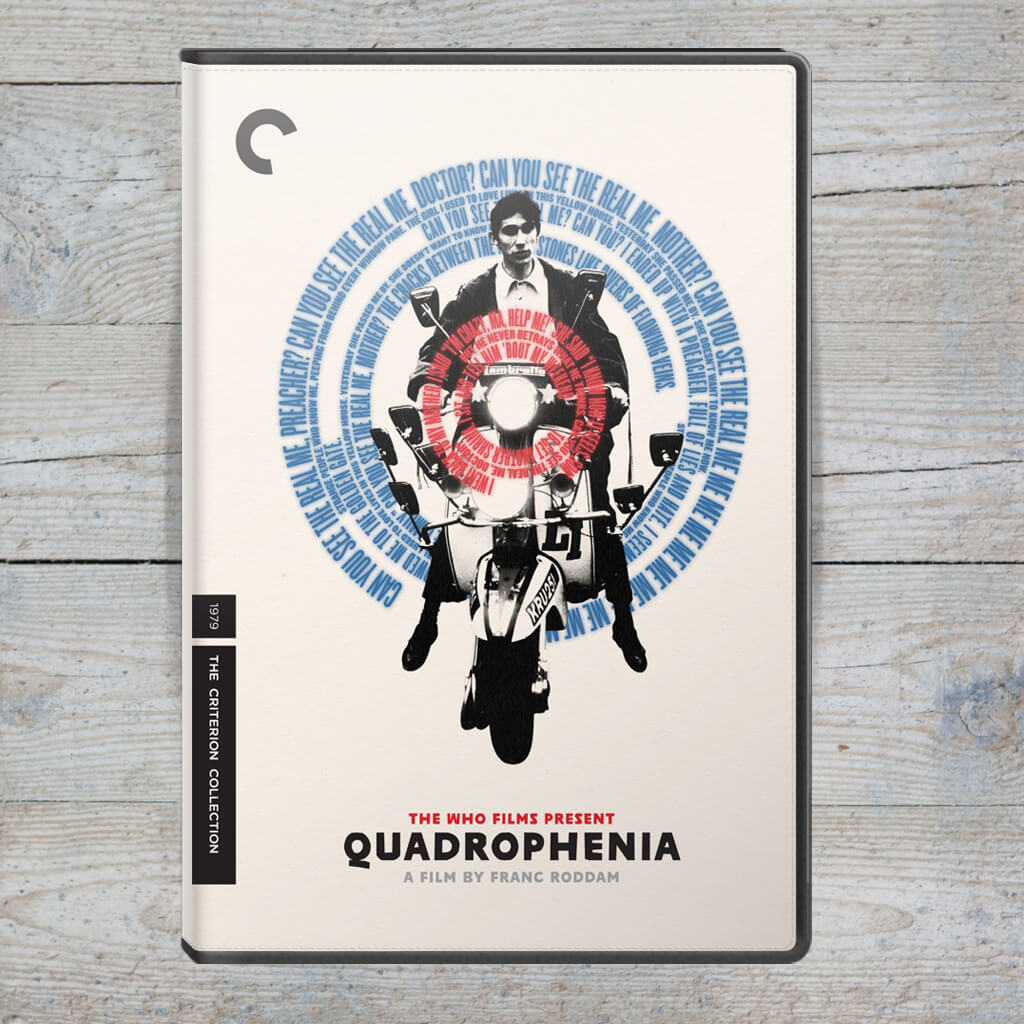 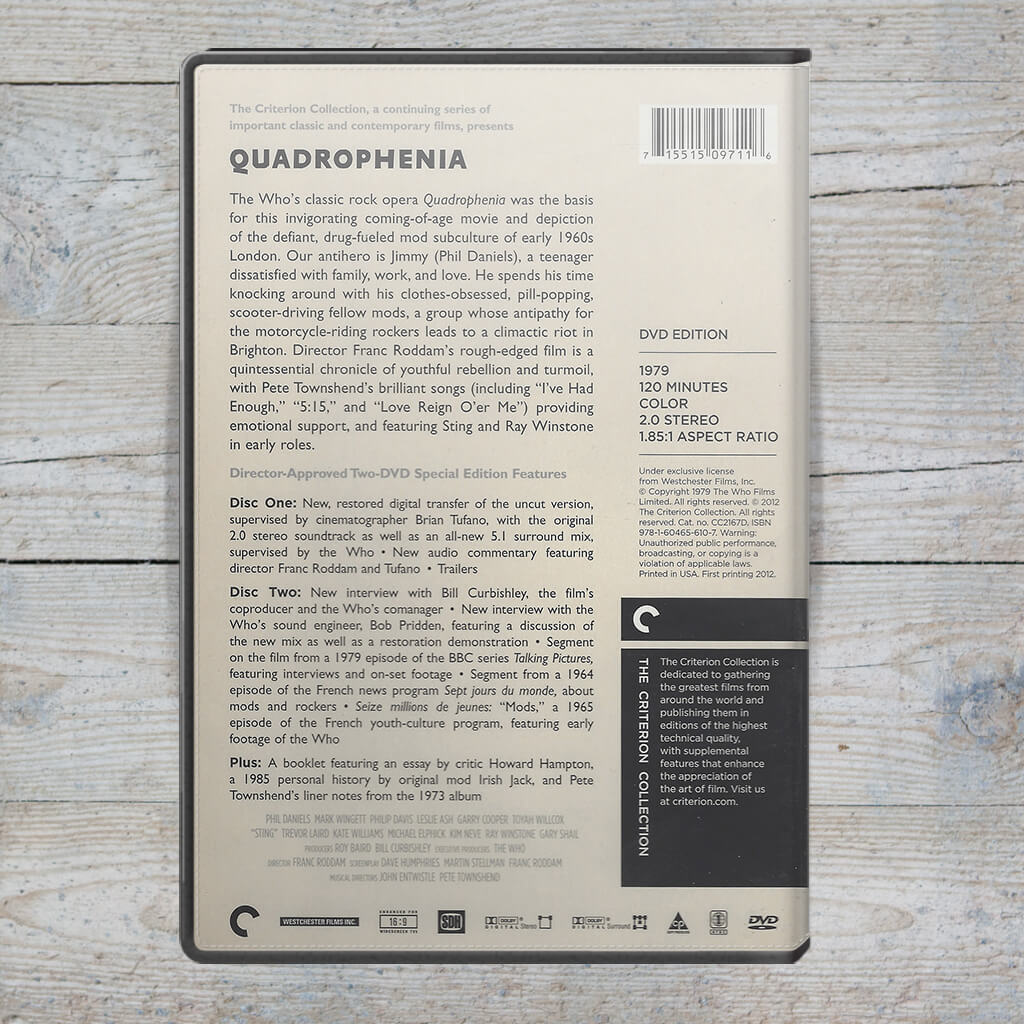 Only 1 left in stock (can be backordered)

The Who’s classic rock opera Quadrophenia was the basis for this coming-of-age movie and depiction of the drug-fueled mod subculture of early 1960s London. Our antihero is Jimmy (Phil Daniels), a teenager dissatisfied with family, work, and love. He spends his time knocking around with his clothes-obsessed, pill-popping, scooter-driving fellow mods, a group whose antipathy for the motorcycle-riding rockers leads to a climactic riot in Brighton.
Director Franc Roddam’s rough-edged film is a chronicle of youthful rebellion and turmoil, with Pete Townshend’s brilliant songs providing emotional support, and featuring Sting and Ray Winstone in early roles.

This is one from the superb Criterion Collection.

New, restored digital transfer of the uncut version, supervised by cinematographer Brian Tufano, with the original 2.0 stereo soundtrack as well as an all-new 5.1 surround mix, supervised by the Who
New audio commentary featuring director Franc Roddam and Tufano
New interview with Bill Curbishley, the film’s coproducer and the Who’s comanager
New interview with the Who’s sound engineer, Bob Pridden, featuring a discussion of the new mix as well as a restoration demonstration
Segment on the film from a 1979 episode of the BBC series Talking Pictures, featuring interviews and on-set footage
Segment from a 1964 episode of the French news program Sept jours du monde, about mods and rockers
Seize millions de jeunes: “Mods,” a 1965 episode of the French youth-culture program, featuring early footage of the Who
Trailers
PLUS: A booklet featuring a new essay by critic Howard Hampton, a 1985 personal history by original mod Irish Jack, and Pete Townshend’s liner notes from the 1973 album

Please Note: It is region 1 (US Import) DVD, and thus needs a region 1 or multi-region DVD player.