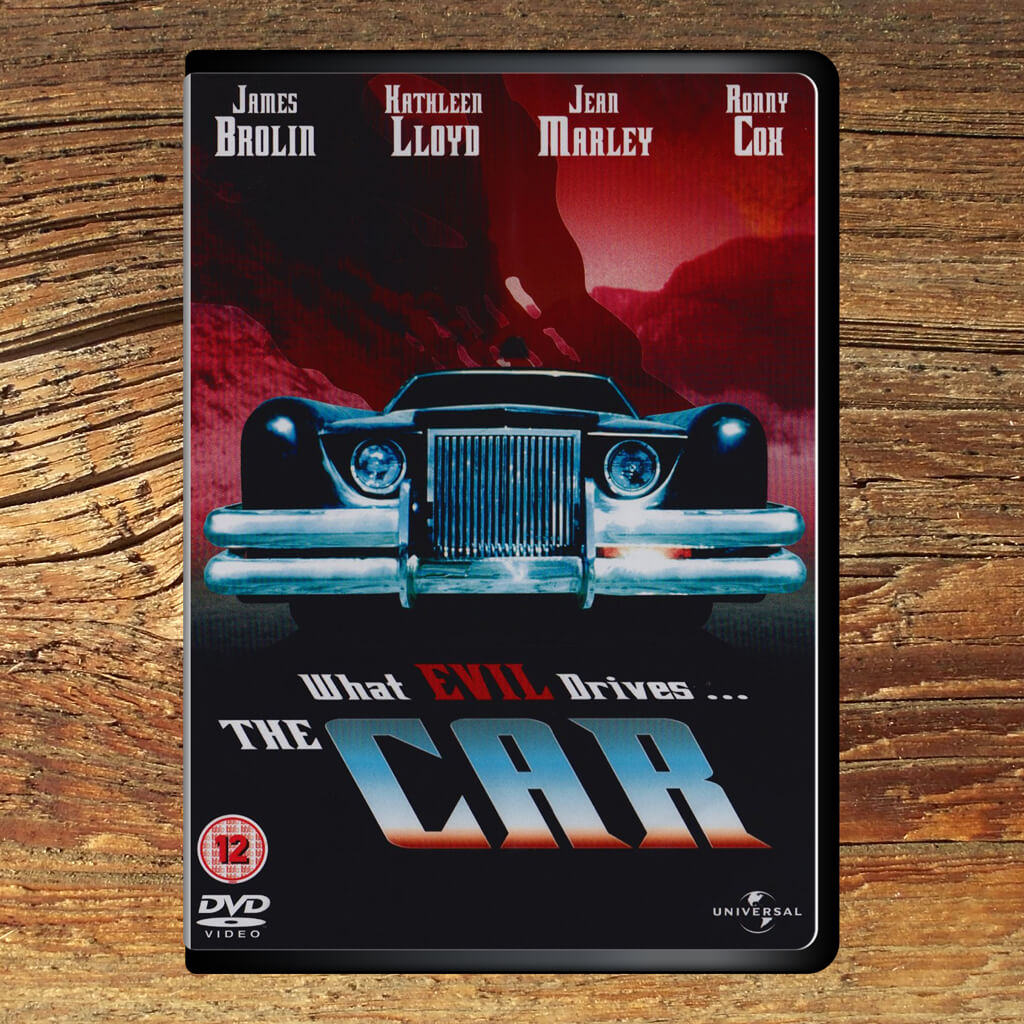 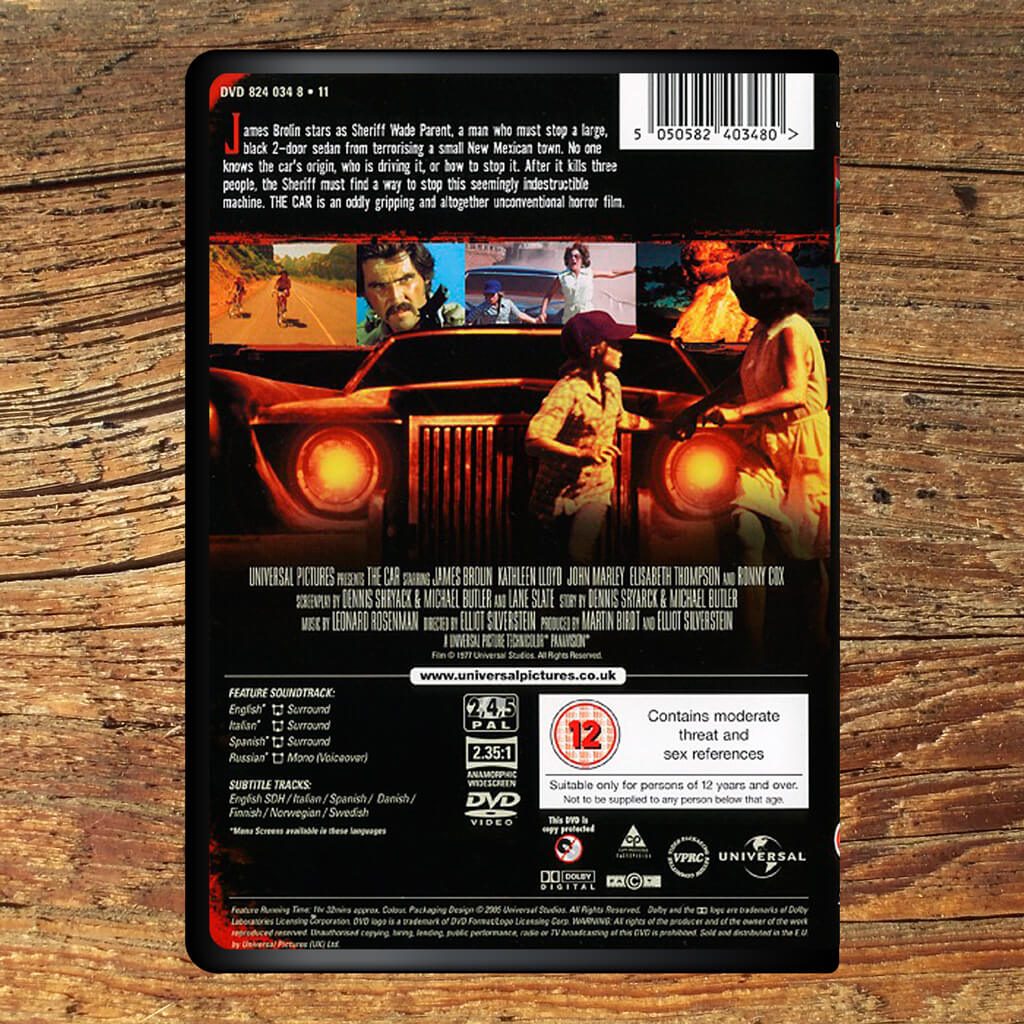 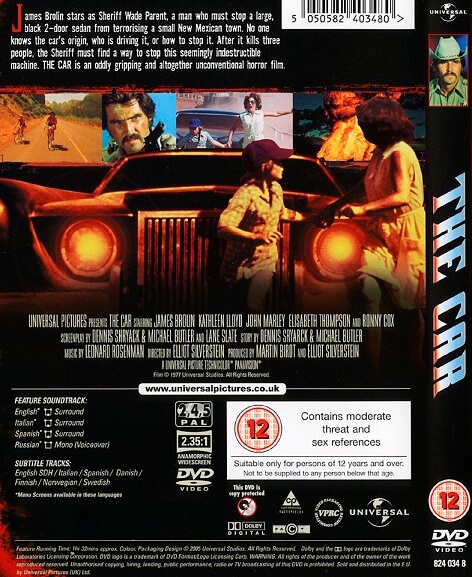 Seventies thriller featuring The Car.
The Car terrorizes the roads. It seems indestructible. Could it be the devil himself?

The Car is a 1971 Lincoln Continental Mark III. It was customised by George Barris. George was also responsible for the first Batmobile. It is remarkable for it’s sinister appearance. Four cars were made, three destroyed during filming and one is in a private collection where some guy is admiring his tucked away possession.

The film is listed in The Official Razzie Movie Guide as one of the The 100 Most Enjoyably Bad Movies Ever Made. And that’s what it is.