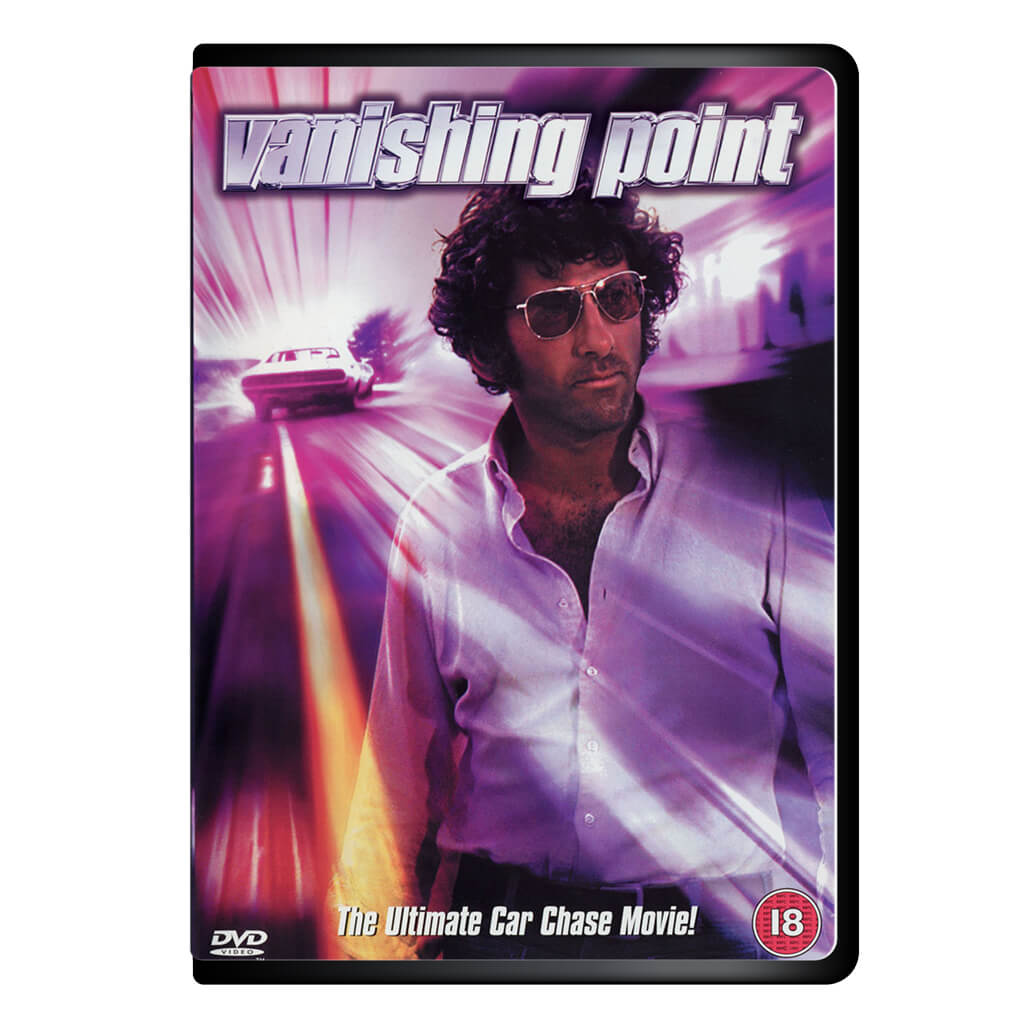 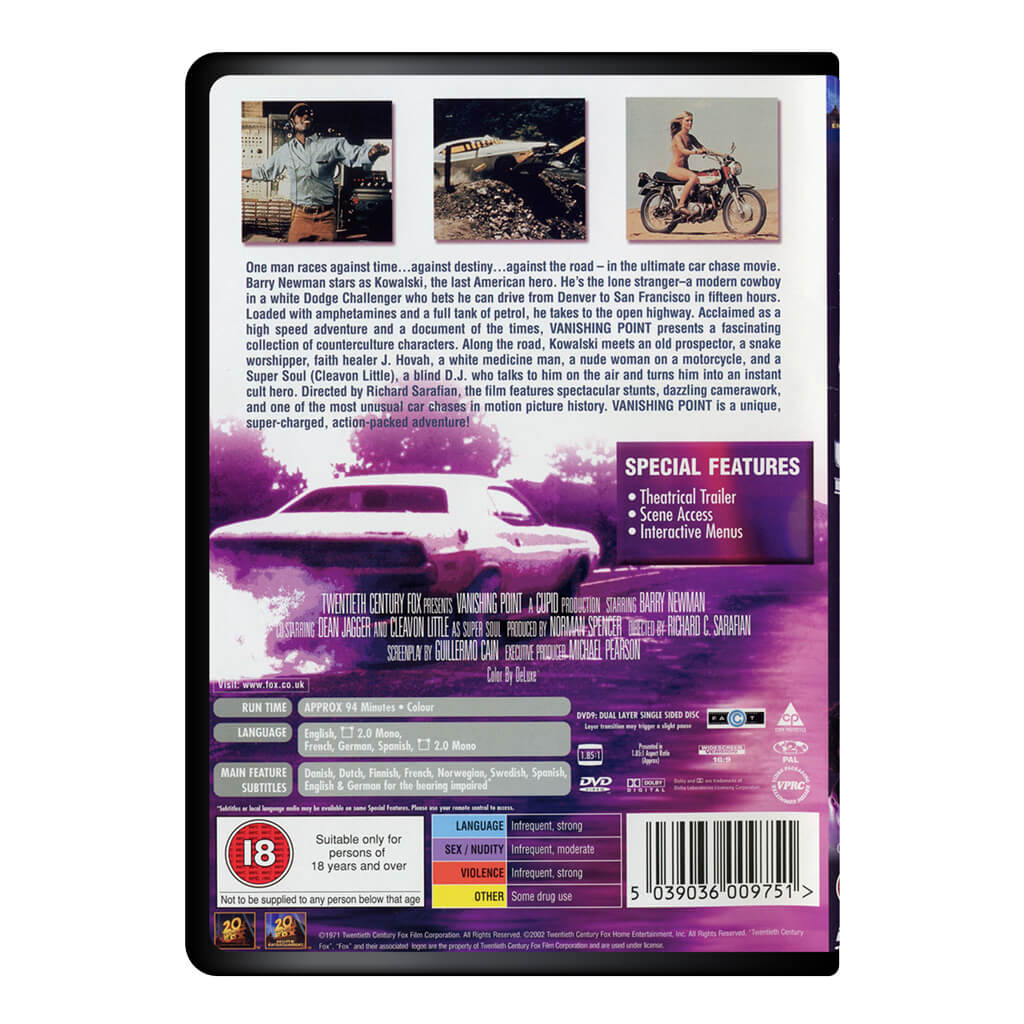 Iconic seventies film featuring Barry Newman as Kowalski and a 1970 Dodge Challenger R/T Magnum.
The film comments on the post-Woodstock-era. All hope is lost, no more togetherness and devotion.
A man alone in a muscle-car, in a race against time. Speed helps him to stay awake in a non-stop ride from Denver to San Francisco. There is just the road, the desert, the people, and the cops. And Kowalski.

Must see, must own.

Please Note: It is region 2 DVD, and thus needs a region 2 or multi-region DVD player.